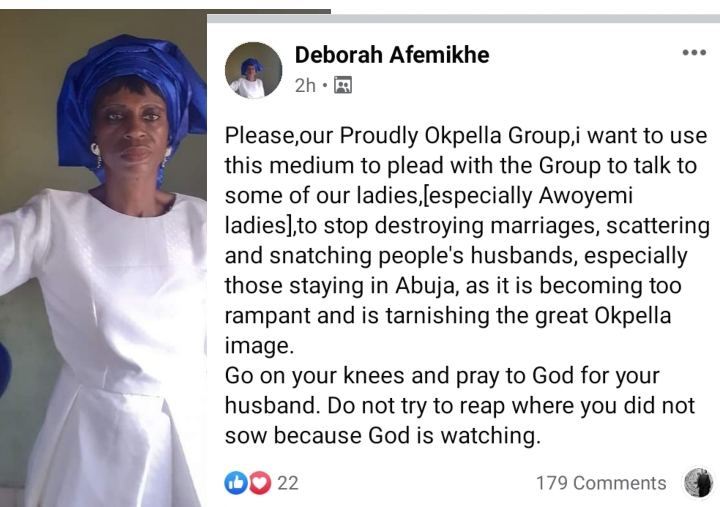 Last month, a woman, with the Facebook Profile name, Deborah Afemikhe, who was dragged by some Okpella Facebook users, after shading Awuyemi, Okpella ladies as husband snatchers, allegedly arrested. 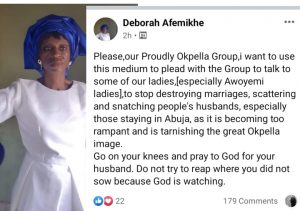 Anne James Abu, confirmed the arrest report through her post on Proudly Okpella Group on Facebook this morning. 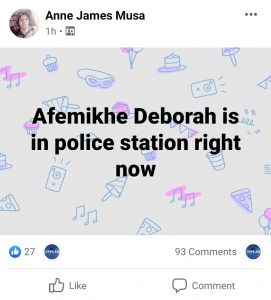 According to our source, Deborah Afemikhe, was arrested, due to an allegation, laid on unidentified married woman of having affairs with her (Deborah Afemikhe) husband

According to Anne James Abu, Deborah’s first controversial post on Awuyemi ladies,  landed her in Kuje’s police station, Abuja by two unidentified ladies, maybe, due to some life threatening messages she was accused of sending to them.

Furthermore, Abu Said, she was able to reach Deborah’s husband, he apologized to her, claiming Deborah is has made herself the husband in the house. 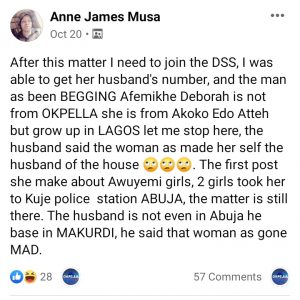 However, one of Okpella TV correspondent, who tried possible best to reach Deborah Afemikhe to hear her own part of the story, it was a turn down response from her.

The recent arrest report from Anne James Abu, might have been a life threatening case too, who knows…