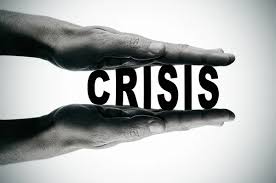 As of this time of report, two drivers has been allegedly killed in a clash this morning after a clash between some groups of trailer drivers located at bua_cement_plc In Okpella, Edo State.

According to an eye witness The fight was between some groups of Auchi drivers and an Hausa driver.

The eye witness explained further that the fight started when an Hausa driver was making attempt of open defecation close to to Auchi drivers, then, he was challenge by the Auchi drivers. However, the Hausa retaliate by stabbing of Auchi driver in the abdomen, leading to a clash and the Hausa driver lost his life during the struggle.

After a while, an angry mob of the the Hausa group of drivers then rushed to the scene the suspected auchi driver was nowhere to be found whereby the angry Hausa mob when to his vehicle killed his motor boy and set the his truck on fire.

During this report some injured victims in critical condition have been rushed to the hospital at Auchi and Irrua for immediate medical attention.