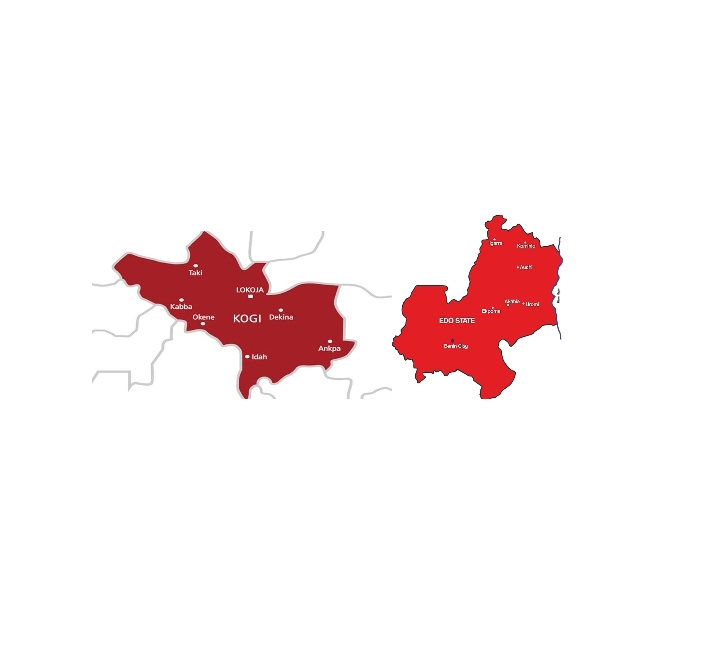 Following the matter of Okpella-Edo and Okene- Kogi land border dispute, Okpella Community solicitors, Dr. Ayuba Giwa, Dr. Godwin Imoru, Chief John Okodo and others, have drawn the attention of the Governor of Edo state Godwin Obaseki, to look into the current situation and bring peace to it.

The land boundary dispute resurfaced, after the unlawful and provocative visit of a chairman of an Okene Local Government Council into Okpella-Edo State on October 7, 2021.

1. “The Okpella Community of Edo State hereby draws the attention of His Excellency, the Executive Governor of Edo State to the unlawful and provocative trip of a Chairman of an Okene Local Government Council into Okpella – Edo State territory on 7th October, 2021.

2. Okpella maintains that the said trip is unlawful, wrongful, provocative and very capable of causing a breach of the peace of both Edo and Kogi States. This is because the Chairman in question came to assert ownership of territory and commence the “collection of revenue” from individuals, businesses, and corporate entities in Okpella including the two cement manufacturing giants of BUA International Plc and Dangote Industries Plc.

4. In 1937, the Colonial Government of Nigeria Commissioned the Captain J.W. Jewell led Intelligence Commission which did extensive Intelligence work on Okpella and its location, size, origin and status. The Commission issued the Intelligence Report that states clearly that Okpella has a definite and defined land area of 144 square miles stretching beyond the River Obu in the Northern part of Okpella. The territory invaded by the said Chairman in Okpella is clearly South of the River Obu referred to in the said Report.

5. In 1954, the Government of Nigeria issued a Proclamation that legally demarcated the boundary between Okpella then in the Western Region and Okene then in the Northern Region. It is contained in the Laws of the Federation of Nigeria 1958. The law stated in clear terms under sector 1 at page 700 as far as Okpella and Okene are concerned as follows:

7. In 1994 when the Okene/Ebira Traditional Ruler’s company called Ado Ibrahim & Co AICO sought to claim and or acquire Mineral titles in the area including the Obu Mines vide mineral exploration permits, licences, and prospecting rights, Okpella took the matter to the Federal High Court to challenge such claims by AICO that made no reference to Okpella as if the territory in question was not Okpella or Edo State. It is suit no FHC/B/42/94 The Okuokpellagbe of Okpella and others vs Ado Ibrahim & others, including the Attorney General of the Federation. Okpella won the case. A copy of the judgment of the Federal High Court is annexed herewith for ease of reference. Since then Okpella has won several other cases in relation to the same geographical area.

8. On 16/9/2011, the delegation from the National Boundaries Commission convened a Stake Holders meeting at the Government House Benin –City to inter alia undertake the monumentation of the boundary physically in line with the law and the statutory instruments and court decisions referred to above among numerous others but the delegation from Kogi State frustrated the monumentation by threatening to attack and harm any officers of the Federal Government who would dare to do the monumentation. Even though the boundary is certain and known by reference to the geographical coordinates and topographical features stated in the relevant law and maps, the people of Kogi continue to pretend otherwise.

9. At page xiv of the Guardian Newspaper of Thursday December 18 2014, Okpella set out the history of the territory in question with a full page write up and stated inter alia

“Okpella has common boundary with Kabba people (as a matter of fact, a Traditional Ruler of Okpella, once ruled from Okpella to Kabba in Kogi State) and the Gwari people of Kogi and Niger State. It was Okpella worriors that held firm to the northern boundary of the Great Benin (Bini) Empire from the 13th Century up to the British Invasion. The Okpella Edos who are of Bini extraction through Okpea Ikponwonsa founded the land of Okpella up to the boundary with the Kabbas and the Gwaris in the 13th Century. The Kwararafa confederation in Wukari disintergrated in the 17th Century. That is more than 400 years after Okpella had been on their land in question. Indeed, it was not until the later part of the 17th Century, that is in 1680 AD that the Ebiras left their Igala brothers and came to occupy the lands of Ososo and Okpella, both Edo Community.” (Parentensis supplied).

More details are contained in the said Guardian Newspaper. The reason for delving into a little history of the territory is to show that Okpella has only allowed peace to reign and not that it is not aware that its land over the years has been gradually encroached upon by the Ebiras first through their migrant seasonal croppers/farmers allowed in and subsequently by their politicians and administrators. Okpella will take no more encroachments or zionism from any quarter.

10. The Ebiras cannot and will not be allowed to take advantage of their own wrong doing in preventing the officials of the National Boundaries Commission from the monumentation of the clear, defined, mapped and legal boundary to encroach on Okpella, Edo State land. No, they cannot be allowed. In this modern age of advanced GPS technology, their illegal acts of preventing the physical demarcation of this known and legal boundary cannot provide them with umbrage to either deny the boundary as stated in the law or alter it without legislative and constitutional amendments. Any simple hand held device including our normal and common telephone handsets fitted with Google or other GPS apps can tell anybody what side of the legal boundary the person is. The said Chairman and indeed other contenders if any, have therefore no excuse to take the laws into their hands. After all, neither the Equator nor the Greenwich Meridian nor the International Dateline are monumented yet we know when we cross them. In any event, the position of our jurisprudence is clear that ignorantia juris non excusat, assuming but without conceding the said Chairman of Okene Local Government Council is ignorant of the law.

11. By this letter, Okpella, on behalf of the entire Etsako East Local Government

Area and indeed the Afenmai people hereby plead with your Excellency, our Executive Governor to use your good offices to bring this unwarranted and unprovoked threat to the peace and security of both Edo and Kogi States to the notice of all relevant authorities including the law enforcement agents so that the said Local Government Chairman and any persons who may be tempted to tow his line can be made to follow the law and refrain from any such or future acts of provocation in the interest of peace and the rule of law. Okpella and their factual neighbours, including the Ebiras of Kogi State, have lived together for centuries and this apparently new Chairman or any of his followers would not be allowed to change the history of the territory and upturn the centuries old peace”.