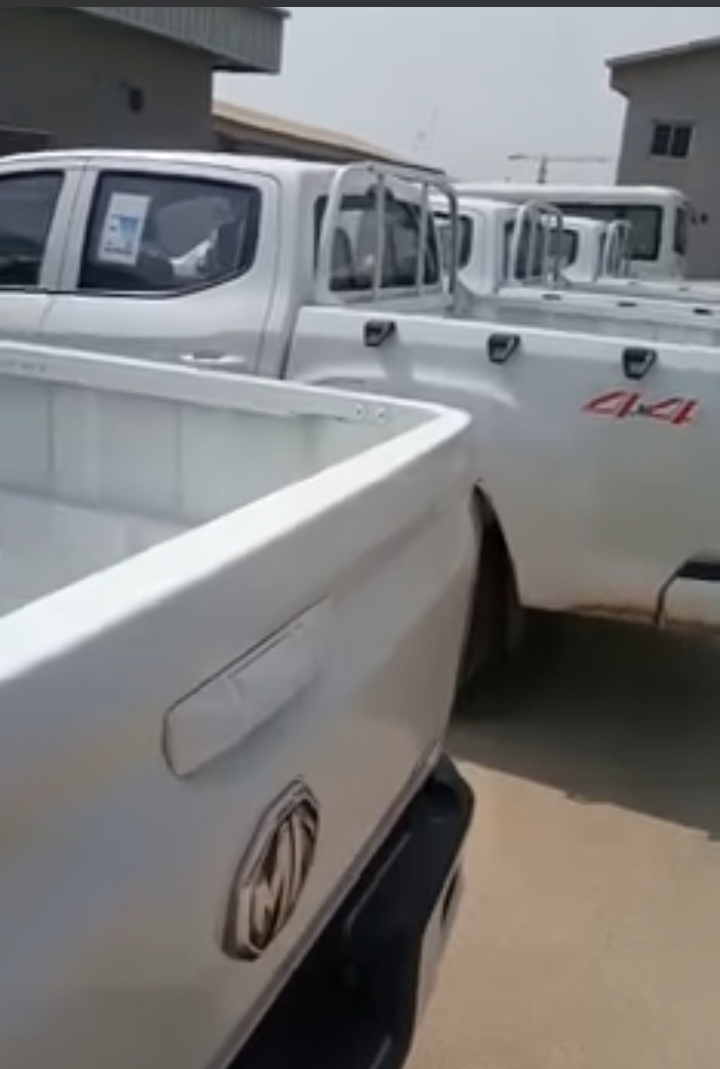 The Chairman, Okpella-BUA Community Development Agreement (CDA) Barr. John Okodo, and the Committee members, have disassociated themselves from an alleged unlawful removal of the 10 hilux vans by some individuals, donated by BUA to support security aides in Okpella.

The 10 Hilux Vehicles, are fulfilled promise from the meeting held with the Chairman of BUA Group, Alhaji Abdulsamad Rabiu,his management team, friday December 17, 2021, with Okpella-BUA CDA Committee to support the  security system in Okpella Community, which was received by the delegates, led by Barr John Okodo,March 15, 2022 at Okpella BUA Cement Factory.

According to the CDA Chairman, Barr. John Okodo said,  the vans, which were handed over to the DPO Okpella Police command for safety purpose, while awaiting process of distribution, was unlawful removed and allocated by High Chief Charles Oba, and two others.

Okpella TV, gathered from Barr. John earlier today that, after the arrival of the security aids (Vans) a meeting was held, which led to constituting a committee, headed by the Chairman, Security Sub-Committee for Okpella-BUA CDA, High Chief, Charles Oba, to deliberate on how the vans would be shared.

Barr. Okodo, added that, he was surprised to  receive the news of the allocation of the vans to some individuals in Okpella without the consent of the CDA Committee.

However, High Chief Charles Oba, in a press statement, released yesterday, March 25, 2022, to counter the allegation of cross misconduct he was accused of, he opined  that, he acted on the directives of the CDA Chairman.

“Fabricated lies as they promised to rope me into the matter since I am not agreeing with what they wanted me to do. When we get there we will provide evidences.”

What do i want to do With security van? Am i a security Chief or member thereof? Even when some persons suggested to reserve one for the Secretariat for CDA Committee and Subcommittees’ oversight meetings, i objected to the suggestion outright.”

“All these ones he is claiming here are part of the recommendation of one of the committees set up while we were awaiting inputs from the Youth body and the Council of Chiefs to be able to come with a practicable and effective process of distribution.”

“Two of them, Himself and High Chief Dansa Aliu came to my house a day before the vehicles were received from BUA for purely a different security issues to brainstorm and get a solution. It had nothing to do with the Security vehicles.”

“if I have given directives on the sharing, why are we setting Committees and still asking the various stakeholders to make input? Why did we carry them to the Police for safe custody rather than distribute the vehicles to all these routes and villages he claimed I gave directive to?”

” Is John OKODO so powerful and authoritative to decide alone on Community matters such as these without reference to the CDA Committee and other stakeholders?”

During the brief interview with, Barr. Okodo, he gave his conclusion state that, the CDA Committee had written to the DPO, Okpella Police Command to make available the 10 hilux vehicles on before Monday.