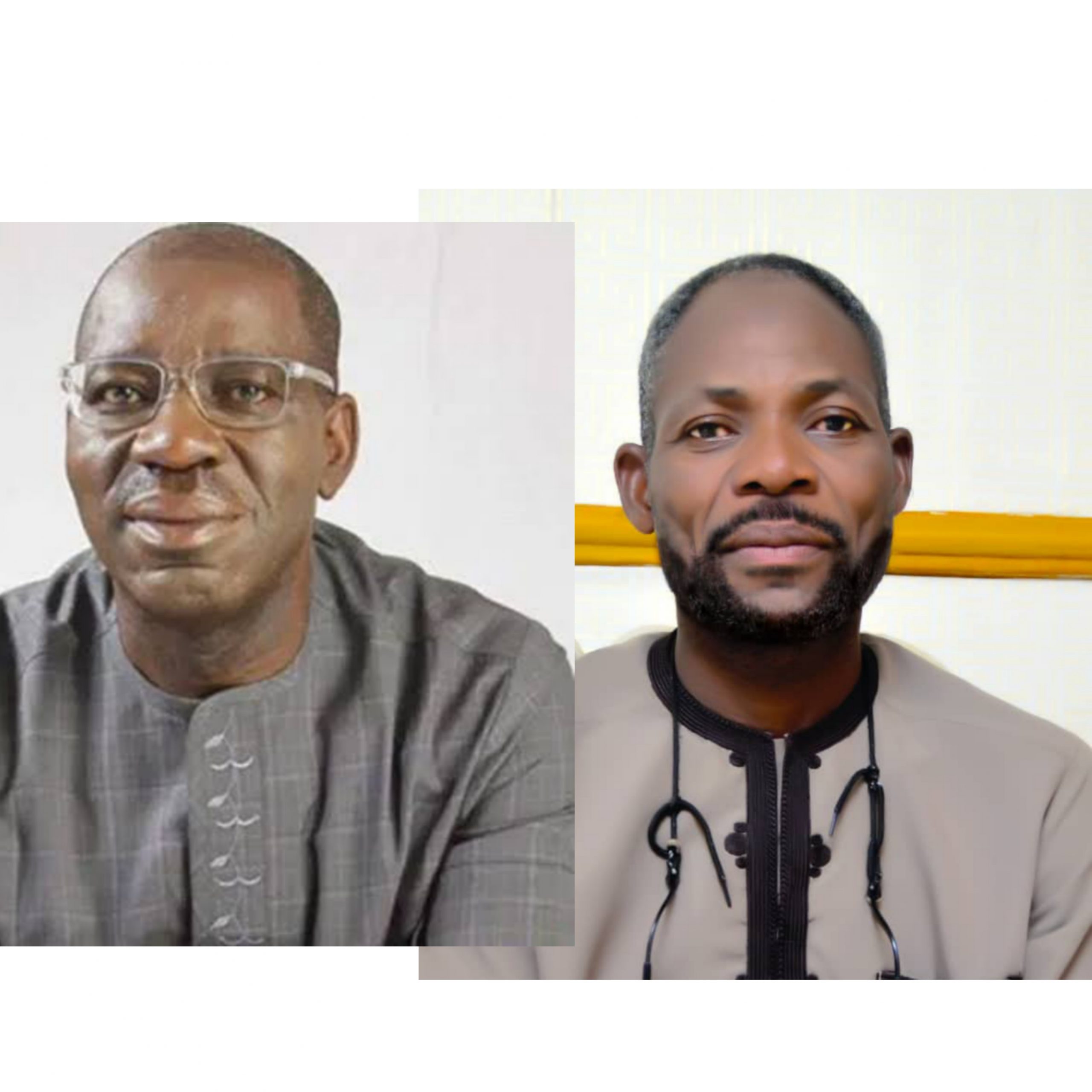 OKPELLA: MARGINALIZING THE GOOSE THAT LAYS THE GOLDEN EGG

Firstly sir, we in Okpella wish to seize this moment to commend you for considering it worthwhile to site an airport/aerodrome in Edo North. When indeed this unprecedented proposal does eventually come to fruition your name, in Edo North, would’ve stood out in glistening diamond among your contemporaries. We are indeed grateful for the vision.

By virtue of its positioning Okpella has been strategic in more ways than one. It does not only serve as frontline town between Edo and a sister state, Kogi but a vital border on the Southern axis of Northern and Southern Nigeria and has hence helped safeguard these territories despite ceaseless attempts at encroachment. The third largest kingdom in Edo State, Okpella, with a population of over half a million (500,000), is a vibrant participant in democratic dispensation and boasts a respectably 40% literate middle-class with the rest famously known for their contribution in agricultural and related ventures. Beside this geo-political pertinence, Okpella is perhaps better known as hub of cement production for the better part of the past six decades or thereabouts. Consequent upon discovery of limestone in Okpella, the defunct Mid-Western region began mining and subsequently commenced cement production on industrial scale in 1964. This effort has been sustained except for a couple of years when the state government suffered lapses in the company’s management and had to shut down. But the company has since bounced back with its acquisition by the BUA Group in 2011 and as it stands the BUA Cement Plant at Obu is estimated to be the largest non-oil and gas related investment in Nigeria’s South-South geo-political zone.

Though the BUA Cement currently operates two production lines, work has recently commenced on a proposed third line. The cumulative economic effect of this robust industrial expansion is that with the exception of Benin City that teems with service industries Edo state generate more of its revenue from Okpella than any other constituency in the state. In fact a rival and bigger cement producer, Dangote Cement Company, still in Okpella, has since completed the test-run of its plant and on the verge of kick-starting cement production. The hosting of the two biggest cement magnates in West Africa sub-region is a mouth-watering prospect for Okpella in particular and Edo State in general.

However Sir, here comes the painful irony of this strategic relevance of Okpella; Despite Okpella’s immense contribution to the economic sustenance of Edo State it remains the most unattended in government’s infrastructural allotment. An American president was once quoted as saying, “to whom much is given, much is expected.” Reflectively, the question that pops up the mind of an average Okpellan these days is, what exactly has Okpella benefitted from successive state governments for the past six decades or thereabouts for being the virtual economic base of the state? Whether big or little there’s not a single state or federal government institution to be found anywhere in Okpella in appreciation for economic resources derived therein. In fact it is harrowingly typical that what Okpella ever receives as mark of recognition from successive state governments is the odd re-surfacing of one or two kilometers stretch of road usually contracted out to some undocumented contractors whose best efforts do not go past improvisation. Your Excellency will agree with me that this is indeed a pitiable reciprocation. So, when rumor took on the waves in 2013 that the BUA Group was carrying out a feasibility study for a suitable site for an airport/aerodrome in Okpella we breathed a sigh of relief that finally a befitting facility such as an airport will hopefully dig us out of the dungeon from years of alienation and obscurity and place us on the map. However, it is with total dismay to learn recently that the proposed airport is now being earmarked for Uzairue/Auchi in Etsako West Local government area. Sir, this twist in events is truly flabbergasting and since it defies logic for anyone to reap where they’ve not sown I would rather we put into perspective the contributive role in the upkeep of Edo state by each of these two contesting communities as a pointer to which of them should have a just claim to an airport.

To begin with Sir, except for the three or four banks located in Auchi there’s none and there has never been a productive or any other viable industry in the Uzairue/Auchi axis that serves as a reasonable source of revenue generation for Edo state. In spite of this fact however, Uzairue/Auchi are beneficiaries of a general hospital, a federal polytechnic and as if other constituencies in Edo North were forever condemned to spectate from the sidelines a university of Uzairue originally designated for Okpella was politically swindled by your predecessor and diverted to his homeland, Uzairue. In contrast to the one kilometer length of resurfaced road Okpella was rewarded with as dividend of democracy all through Oshiomole’s eight years as the State’s Chief Executive, there’s not a single road in the entirety of Uzairue/Auchi that was not totally rehabilitated by the reputable Setraco and Hartland Civil Engineering Construction Companies Limited. And as if we’ve not been shortchanged enough they now want an airport meant for Okpella. Honestly Sir, I have never known a people more egocentric! I can’t help but wonder; what else would the Uzairues/Auchi want from Okpella, annihilation of our people so they can take over our lands out of envy? I’m certain Your Excellency would not be a party or condescend to politics of victimization of the voiceless. Of course the above analysis is not unknown to Your Excellency but mere incidental references to buttress the theme of this letter.

A little research Sir and the following were our findings: From the general assessment of aviation experts, airports are capital intensive both in construction and maintenance and except when they are under the tutelage of private investors most end up being unsustainable white elephants. Hence, an Edo-North bound airport/aerodrome can only be sustained now and in the future if taken on by big time investor/investors that have committed hefty investments in the region and thus consider an airport a spill-over of their overall investments. In these circumstances the investors that readily come to mind are the BUA and Dangote Cement in Okpella. Logically then, the provision of resources for the proposed airport/aerodrome shall likely fall squarely on any or both of these investors whose mining activities have not only subjected a chunk of Okpella land into all manner of defacement but renders it permanently uninhabitable and inhospitable for cultivation. Expectedly though out of naivety, there are some out there with the erroneous misconception that Okpella must be awash with compensatory money for giving up their land for mining purposes. But if they’ve ever known that the soon-to-be-exhausted monetary compensation, no matter how handsome, is non-commensurate with the irreversible impact on Okpella’s environment then perhaps they’ll begin to appreciate the invaluable price and sacrifice Okpella is making for economic buoyancy of Edo state. Your Excellency will agree with me that not even the glitz and glamour of an international airport will do justice to the environmental degradation Okpella has had to put up with for the past decades and decades more to come. So, an aerodrome would not even serve as a drink but a sip for the thirst of Okpella——a soothing balm for a broken bone, if you like. Unfortunately, our neighbors are benighted of this reality and hence accord our plight a cold indifference. Little wonder then that like a baby-hungry- spinster who has never conceived and hence ignorant of labor pains the Uzairues/Auchi merely await the arrival of the baby so as to wrest it away from its mother. How grotesque! Their contest for the airport/aerodrome can still further be likened to that of a raider who has set out to displace the farmer and then reap what he sowed not—–it’s insensitive, inhuman and ungodly.

In spite of the above Sir, we are not unaware of the nasty aspects to politics where, except for men of conscience, truth can be subjugated to play subservience to falsehood. So, while the Uzairues/Auchi have got a formidable representation in the person of the Deputy Governor, Hon. Philip Shaibu, Okpella, on the other hand, is non-represented in Edo State’s corridor of power and hence voiceless. It’s therefore without doubt that the Deputy Governor must, in this regard, be creating mountains and filling up valleys on behalf of his kinsmen. But Okpella counts itself on no one else but Your Excellency as the final arbiter on issues of this relevance and we’re aware that irrespective of human aesthetics Your Excellency’s famed impartiality does come to bear on matters of moral dispensation. Yes, the proposed airport/aerodrome in contention has become nothing short of a gamut of morality and so, Sir, as we attempt to appeal to your sense of justice our plea is that Your Excellency take a critical gander at this saga and as usual be guided by your moral fiber in arriving at your final choice of site.