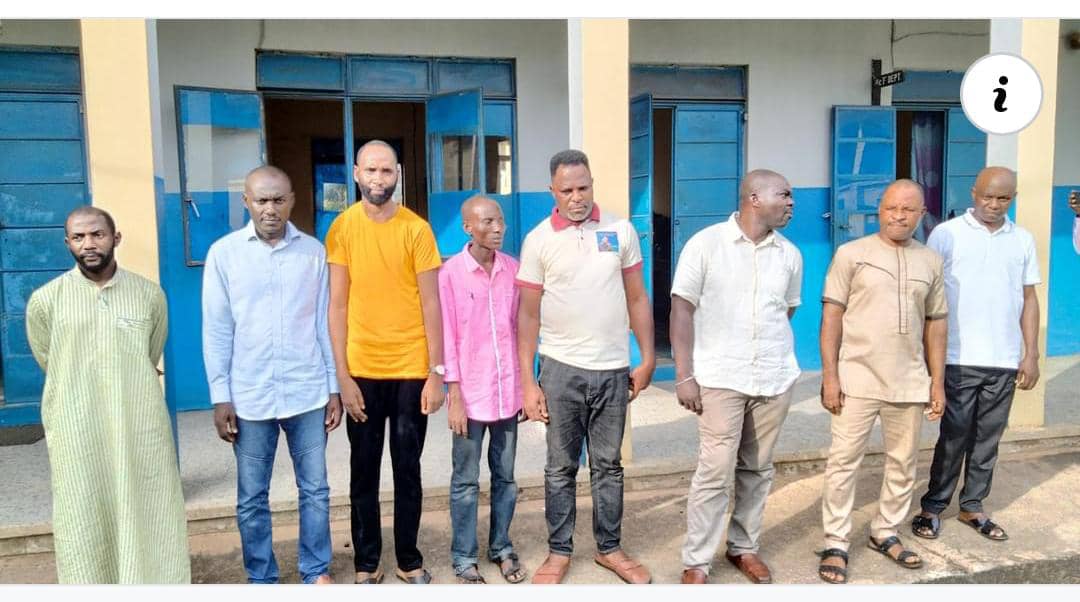 Eight suspects are in police net in Edo State for alleged attempt to defraud the federal government of the sum of N2 billion.

The hint was dropped yesterday by the command’s spokesperson, Chidi Nwabuzor, when he briefed newsmen about their arrest.

He said that the arrest was sequel to a complaint received by the crack team of the command on April 25, 2022, via a petition from one High Chief Richard David, a representative of Okpella community, in Etsako East local government area.

Nwabuzor said the suspects had on July 14, 2021, appeared before the complainant and his kinsmen and told them that they had secured an approval from the federal government, through the Office of the Secretary to the Government of the Federation (OSGF), to evacuate scrap borehole pipes equipment worth $2 billion.

“The said equipment was meant for the Okpella Water Project by the federal government under the Petroleum Trust Fund (PTF). The people who were apprehensive wisely disallowed the evacuation of the items.

“This action by the people however prompted one of the suspects to go to the Okpella Police Station to report that the community refused to evacuate the items.

“During investigation, the police uncovered the facts of the matter through the confession of one of the suspects, who is a staff of the Federal Ministry of Special Duties and Intergovernmental Affairs, Abuja.

“The said suspect also agreed to have forged the presidency approval for auctioneer documents for the operation.

“Investigation has been concluded and the suspects would soon be charged to court,” Nwabuzor said.

The police spokesperson, however, said the arrest of the suspects was due to the operational input of CP Abutu Yaro, the Edo State commissioner for police who had created operations department annexes to bring police visibility to communities and grassroots.

He appealed to residents of the state to help the command by giving information on suspected criminals and criminal activities by “saying something, when they see something”.

Meanwhile, one of the suspects, a staff of the Federal Ministry of Special Duties and Intergovernmental Affairs, and a principal administrative officer, told newsmen that he was the sole originator of the fake document.

He said, “I am the sole originator of the fake document that was claimed to have originated from the Office of the Secretary to the Government of the Federation (SGF). The plan was a collaborative job between myself and staff of IREK Engineering Ltd, a company based here in Benin.

“I personally got the letter from the wrong side as the documents which was addressed to the Edo governor, the commissioner of police in Edo as well as all relevant security agencies were forged.”

He disclosed that the only money he had gotten for his effort in the whole process was N500,000 as a token of appreciation.