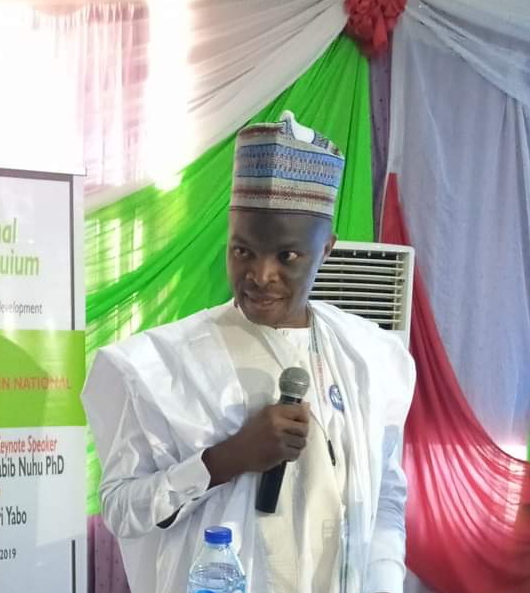 Engr. Lukman Akemokue has used his harmless bullet shot, to react to boiling  issue of proposed location of airport to be situated in Edo North.

According to the statement of the Federal Ministry of Aviation, issued December 26, 2022, the proposed location carries two communities of different Local Government in Edo state, Uzairue of Etsako west LGC and Okpella of Etsako East Local Government.

“A lot has been insinuated and peddled about the politics of locating and naming the airport being proposed for Edo North by the Edo state government.”

“Some insinuate that it is the AIRSTRIPS being proposed by the two cement companies in Okpella that has been hijacked by the deputy governor of Edo state. Others insist that the airport was originally conceived to be located in Okpella but the deputy governor is clandestinely trying to attach Uzairue to the name so he can hijack the project to his community.”

“Unfortunately both insinuations are WRONG!”

“First, what Dangote and BUA Cement companies are proposing in Okpella are AIRSTRIPS for their private use, not AIRPORT for public use. Government cannot dictate to Dangote or BUA where to locate their private airstrips met for their private use only. The insinuation that a private project is being hijacked and relocated from Okpella to Uzairue by the deputy governor is, therefore, mischievous and misplaced.”

“As for the use of names of two different communities-Okpella and Uzairue- as the location of the project, there is nothing clandestine about it. The deputy governor called me to join the team that took the Ministry of Aviation Inspectors to locate a suitable land for the airport, so I know what transpired.”

“Preliminary Googlemap snap observations suggested two suitable lands between Uzairue and Okpella Communities, one by the left, and the other by the right, when going to Okpella form Uzairue.”

“The deputy governor, in his usual show of fairness and wisdom, therefore instructed as follows: (a) if the project is situated wholly in Okpella Land, name it Okpella Airport; (b) if it is wholly Uzairue, name it Uzairue Airport; (c) but if it is situated in the lands belonging to the two communities, call it Okpella-Uzairue Airport. It was on the basis of this logical reasoning this dual-name was adopted by the Inspectors, pending when the actual geographical coordinates will reveal the exact community(ies) the project is located.”

“So, those spreading the unfounded rumour of hijack and relocation of the airport project by the deputy governor are either misinformed or mischievous or both.