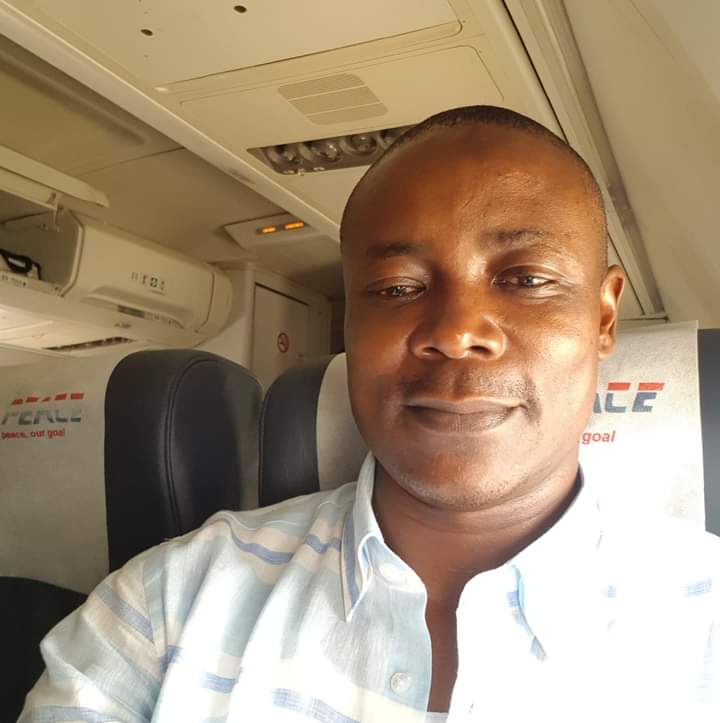 Some concerned citizens of Okpella, has issued an opposing letter dated March 17, 2022 to the Edo State Government, regarding the unconfirmed news of Kingship confirmation of Engr Lukman Akemokue for the next Okuokpellagbe of Okpella.

Lukman Akemokue, is one of the three nominees, nominated from the three Kindreds in  Ukhomunyio-Okpella, along side Michael Sado and Haruna Ahmed, by the King Makers, forwarded their names to Edo State Government for screening for consideration for the throne which has be vacant for the past three years. 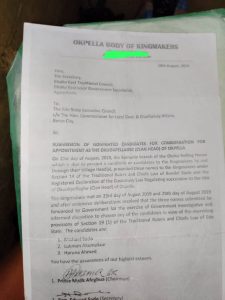 According to Engr. Abu Abdulganiyu, who signed the opposing letter to the Edo state government, he made a lot of allegations stated some specific instances, why Engr. Lukman Akemokue is not fit for the throne

“In specific instance, in the year 1999, when Mr. Lukman Akemohue served as the President of the National Association of Okpella Students (NAOS), the Edo Cement Company donated 600 bags of cements for the construction of the body’s Secretariat in Okpella. Unfortunately, Mr. Lukman, by the fact that he was at the helm of leadership of the body, single handedly sold the entire quantity of cement and went on to convert the proceeds made therefrom into personal use. This sad development degenerated into a serious crisis that the matter ended up before the late Okuokpellagbe. However, when he was invited to the palace, he did not only fail to show up but insulted the Royal Father to the consternation of everyone. This led to his impeachment as president of NAOS.”

“Furthermore, Mr. Lukman Akemokhue was in Dubai at a point in time hosted by a Nigerian resident in Dubai who was his benefactor. It was reported that he raped his benefactor’s daughter and fled back to the country in 2007. Shortly after he returned from Dubai with his tail behind his back, he was accommodated in a new hotel (name withheld) in Okpella by a good Samaritan whose senior Wife was the manager of the hotel. His ‘appreciation’ to this generous Okpella man was to start sleeping with his Wife. Mr. Lukman Akemokhue was infact caught in the very act having sexual intercourse with the woman in one of the hotel rooms.”

“Lukman Akemokhue’s indigenship as a son of Okpella, Edo State is in doubt, because while he was a student of Ahmadu Bello University, Zaria, he claimed with documentary evidence the indigenship of Niger State, and on this ground benefitted from a scholarship meant for Niger State indigenes. He should be made to explain why he deposed to an affidavit that he was from Niger State. His academic records in the University clearly shows that he is from Niger State and that he deceptively obtained Shell scholarship on that account.”

“Another case in point is Mr. Lukman Akemokhue dubious tendencies. He embezzled the sum of Six Million Naira (N6,000,000.00) belonging to Okpella community. This fund was community development monies in his care as the then committee development leader, but was frittered away without any reasonable and justifiable explanation till date. Infact, the borehole in his house was meant for the community, but he fraudulently took it to his house.”

It was also stated in the letter that, it has come to the notice of some concerned citizens that, Lukman Akemokue has commenced the renovation of his house with the notion of upgrading it into a befitting palace for himself on the assurances that the Edo State Government have concluded plans to install him as the paramount monarch of Okpella come Saturday the 19th March, 2022.

However according to a circulating statement issued by Engr. Akemokue this morning he mentioned that, no decision has been taken by the state exco on this matter, all the threats and protests are based on mere speculation premised on the fact that I’m repairing my house in the village. I also repaired my houses in Benin and Abuja. Could it be that I want to be crowned as King of these places?