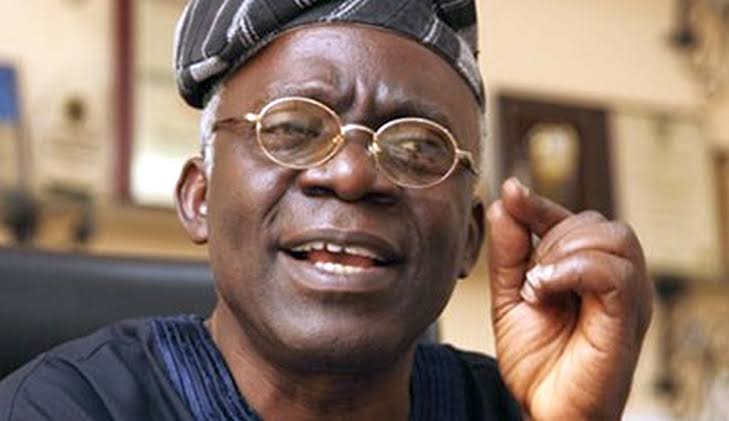 Human Rights lawyer and Senior Advocate of Nigeria, SAN, Femi Falana says a presidential candidate does not need to win the Federal Capital Territory (FCT) to be declared winner of the February 25, 2023 poll.

“It is not a requirement that you must win the FCT,” the Senior Advocate of Nigeria said on Channels Television’s Sunrise Daily programme on Tuesday.

“Today, the courts have ruled that pursuant to Section 299 of the constitution, that the FCT should be treated as a state. That is the law.

A former chairman of the Nigerian Bar Association (NBA), Olisa Agbakoba had last week asked the Independent National Electoral Commission (INEC) to clarify the commission’s position on Section 134 of the 1999 Constitution which seems ambiguous.

Agbakoba queried whether the 24 states incorporate the FCT or not but the electoral umpire has not made any comment on the matter.

However, Falana said Section 299 of the Constitution already recognised the FCT as a state and therefore a presidential candidate does not necessarily need to win the seat of Nigeria’s political power to be declared winner of an election.

He stressed that once a candidate gets 25% of votes in 24 states and has a majority of the total votes, he or she should be declared winner by the electoral body.

“The concern that has arisen is that looking at the campaigns going on, people are wondering whether any candidate will win those stringent constitutional requirements: 25% and at least two-third of the state and of course majority of lawful votes all over the country,” Falana said.

He also said that the accusations being brought by the All Progressives Congress, APC, and the Peoples Democratic Party, PDP, against the presidential candidates of the opposite party are diversionary and that nothing will come out of them.

He said the time left before the election was too short to investigate any of the candidates and disqualify them, and wondered if they were doing it for entertainment purposes.

According to him, another reason why disqualifying them will not be possible is that the section of the constitution that talks about a candidate being disqualified over indictment, embezzlement, or fraud has since been removed by the National Assembly and hence cannot be applied in this scenario.

He said: That [Section 137(i)] has been yanked off the Constitution by the National Assembly. That provision has been removed. [As it stands] they are at best suspects. What the court is saying now, in the Supreme Court judgment of Atiku Abubakar vs The Federal Government of Nigeria is that unless you are convicted by a court, you cannot be disqualified from contesting elections in Nigeria.

“That provision was being abused, and the court has ruled that unless you can convict a person he cannot be disqualified. In Nigeria, nobody shall be disqualified from contesting an election unless there is a conviction by a court.

“For me, the beauty of what is going on is that the allegations and counter-allegations are directed at people I will call independent voters. In other words, no amount of allegations will dissuade members of the PDP and APC from voting for candidates of their choice.

“I think voters who have not made up their minds are being requested, as it were, to weigh these allegations and see whether they would be influenced, but as far as the law is concerned, it is too late in the day.

The APC and PDP have called for the investigation and disqualification of each other’s candidate over issues bordering on financial impropriety.

Top contenders in the race for Aso Rock’s top job in next month’s poll include Labour Party’s Peter Obi, Bola Tinubu of the All Progressives Congress, Atiku Abubakar of the Peoples Democratic Party, and Rabiu Kwankwaso of the New Nigeria People’s Party (NNPP).
Share